Skip to content
Home > Blog > Can I Be Convicted If There’s No Evidence? 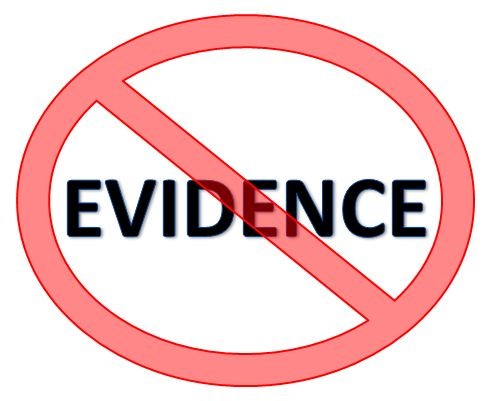 Can I Be Convicted If There’s No Evidence? 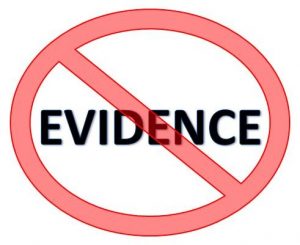 I rarely watch horror movies, but I’ve seen enough to know that most of the plots focus on young white kidsdoing something stupid.  I define stupid as entering a creepy abandon house for no good reason.  Many stand up comics have good rants on the horror film behavior of black people versus white people.  A complete list of these differences was teased out by comedian Orlando Jones, and it can be found here.  For example, Orlando believes that black folks would never “adopt a kid who turns out to be the devil”, or “eat grilled chicken”, and these are common activities for white horror film stars.   Eddie Murphy believes that horror films will never star black folks because if “there’s a ghost in the house, [black people] get the fuck out”.  The movie would last 30 seconds.  No needless investigations of what’s lurking downstairs.  (See Eddie Murphy’s  “Delirious“, it’s worth a viewing even if it means you forget about reading the rest of this, it’s just that good).

There’s some great horror movies out there known as “found footage” films.  The idea is fairly simple: documentary filmmakers disappear under mysterious circumstances, and someone finds their footage.  The Blair Witch Project is one such film.  UCF alum created a fictional account of three film students who disappear after entering a forest to investigate a local Blair Witch legend.  All that’s left of the crew is their film footage.  Spooky.

The found footage genre owes its origins to Ruggero Deodato’s 1980 shocker Cannibal Holocaust.  By 1980’s standards, this horror film was so “real”, so controversial, that its creator was arrested soon after it’s premiere in Italy (and yes, the films were seized as well, what great free promotion!).  The plot was simple: Indiana Jones types travel to study remote cannibal tribes in the jungle, and they never return.  When they don’t return, investigators re-visit the jungle to investigate their disappearance, and as per the formula–they find the missing crew’s shocking footage.  Let’s face it, if someone is dumb enough to hang out with a whole jungle tribe of Jeffery Dahmers, going missing cannot be a good thing. Cannibal Holocaust contains animal mutilation, murder, rape, and absolutely grotesque images.  Eventually, the murder charges against the film’s creator were dropped after several of the “dead” actors appeared on TV to explain how they shot the film.  The film grossed $200,000,000, and that was in 1980.  Yes, you heard me.  The present value of $200 million from 1980 is, approximately, one zillion dollars.  There was only one film to beat out Cannibal Holocaust in 1980–Spielberg’s E.T. The Extraterrestrial.

Believe it or not, our Florida case for today involves found footage (of sorts).  In State v. Tumlinson, Mr. Tumlinson was charged with lewd or lascivious molestation of a child under twelve years of age “after law enforcement discovered and then questioned Tumlinson about his personal journal entries that described sexual contact with a child, J.T.  Law enforcement was contacted after Tumlinson’s former roommates found the troubling journal entries Tumlinson left behind at their home.”  (Fla. 2nd DCA 2016, Case NO. 2D15-1814).  (You didn’t think I could transition from Cannibal Holocaust to a Florida case, did you?  I’m not proud of the segue here, but we’ve got to talk about the law at some point)

“Yesterday I proved to myself that I have really no self-control when it comes to my impulses and no self-discipline in my spiritual practices.   When I was left alone in [the infant’s] room with her I had reverted back all the way to how I was at 16/17 that I would try to take advantage of others.  A few times I put her on my lap pulling her away from the TV and imagined how if we were nude we’d be rubbing together.  Then, when she was sitting on the floor I rubber her diaper over her crotch area imagining as if I were playing with her.” Id. 3.

Tumlinson confessed to having written the journal.  He even confessed that he touched the child over her diaper, but never anywhere else, nothing sexual.  He told police his journal was pure fiction, documenting impulses and fantasy only.

For Tumlinson, the question is, what evidence is there that he committed the crime of lewd act upon a child under 12?  The baby girl is too young to talk about what may, or may not, have happened to her.  And as you can see, accusations can get you arrested, but evidence supporting those accusations must be presented in order to convict. Unfortunately, there are more confessions out there than there are crimes, and we’ve all seen a few shady interrogations that have led to confessions to crimes that don’t exist.  Fortunately, we have laws that demand evidence to support accusations.  We call this the “corpus delicti rule”, and it says that “a person’s confession to a crime is not sufficient evidence of a criminal act where no independent direct or circumstantial evidence exists to substantiate the occurrence of a crime.” Id. citing State v. Allen, 335 So. 2d 823, 825 (Fla. 1976).   Under this rule, “the State is required to prove corpus delicti independent of the defendant’s confession before the confession may be admitted into evidence”.  Id.

We know that Tumlinson confessed to the police that he touched the outside of a diaper, and his journal entries indicate a bit more went on.  We know that the baby’s momma left Tumlinson alone with her child, so he had a chance to do what was reported in his journal.  So, did the judge permit the state to admit this into evidence? No.  The prosecution was denied their request to admit this evidence because they could not demonstrate that a crime was committed.  Tumlinson’s molestation charges were dismissed.

Yes, the state showed that Tumlinson was alone with the baby, but proving that a crime could have been committed is not the same as providing evidence of said crime.  Hats off to the trial court judge, the Honorable Mary Handsel, for making the right call.  No judge gains popularity by following laws whose consequences lead to the dismissal of a molestation charge.  And, hats off to the Second District Court of Appeals, for affirming Judge Handsel’s ruling.  The dissent in this appeal seemed to believe that the focus of 92.565 was the “trustworthiness” of the journal entries, and because the dissent found the journal entries “trustworthy”, they believed that the state should have been permitted to use the found journal as evidence.  But the majority opinion correctly reasoned that 92.565 requires “competent substantial evidence that corroborates the confession.” Id.

Finally, back to the original question: can you be convicted of a crime without evidence?  Yes. When it comes to sex crimes, anything can happen.